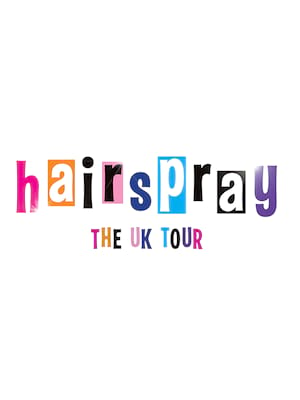 Re-establishes Hairspray as one of the great dance musicals... A near perfect balance of book and music, celebrating mankind's capacity for change and acceptance

You Can't Stop The Beat

Eight-time Tony and four-time Olivier Award-winning musical smash hit Hairspray spreads its toe-tapping magic across the UK once more during a hotly anticipated regional tour in 2021. Based on the 1988 feature film, the effervescent production first wowed audiences in Seattle in the early 2000s, with acclaimed Broadway and West End runs following soon after.

Ebullient songs like You Can't Stop The Beat, I Can Hear The Bells, and Good Morning Baltimore, punctuate a coming of age story as bold and big as its character's hairstyles. Curvy teenager Tracy Turnblad shakes up the status quo when she auditions for a regular spot on The Corny Collins Show and wins. Becoming an overnight sensation and relatable role model, she sees beyond the trendsetting and sets out on a path to bring racial integration to the popular variety show.

Please note: the above images are from a past production of Hairspray.

Seen Hairspray? Loved it? Hated it?

Sound good to you? Share this page on social media and let your friends know about Hairspray at Edinburgh Playhouse Theatre.