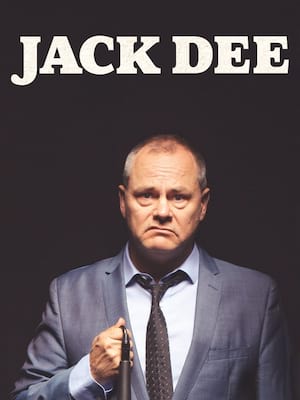 In these difficult and uncertain times people need hope a ray of sunshine to brighten their day. And that's very much where I come in

Off The Telly tour

Fluent in sarcasm and dryer than a desert in high summer, Jack Dee has carved out his comedy niche as the beleaguered everyman, offering his observations in a grounded, deadpan style that never fails to get a reaction. The official grumpy old man now deigns to head on a brand new tour, the adventurously titled 'Jack Dee - Off the Telly', billed will typical Dee elan as 'an evening of entertainment (food and beverages not included).'

Whilst his comedy persona seems fed up with the world, that doesn't mean that Dee has rested on his laurels. As an actor and comedian, he's appeared in myriad sitcoms, panel shows and recently took over from the late Nicolas Parsons as the permanent host of Radio 4's 'I'm Sorry I Haven't A Clue'. Don't miss the understated entertainer as he returns to his stand-up roots on this most recent outing!

Sound good to you? Share this page on social media and let your friends know about Jack Dee at Edinburgh Playhouse Theatre.