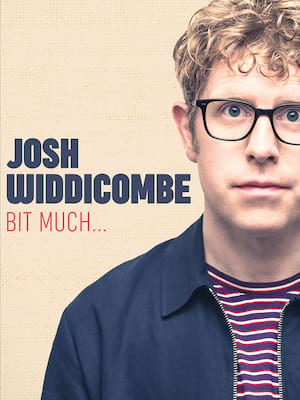 One of the most bankable talents in UK comedy

Due to phenomenal demand, comedian Josh Widdicombe has extended the run of tour dates for his latest standup show! The 'Bit Much...' tour, a hilarious insight into Widdicombe's exasperation at modern life, hits the road again, bringing his hilarious stylings to stages up and down the country. Don't miss.

Making his breakthrough in 2012 as a co-host of two-time BAFTA Award-nominated TV show The Last Leg, Widdicombe has been a mainstay in the British comedy spotlight over the past decade. As well as popular appearances on QI and Have I Got News For You among other panel shows, his busy schedule as a standup has included four performances on Live At The Apollo and celebrated slots at the Edinburgh Fringe Festival and Latitude Festival.

Sound good to you? Share this page on social media and let your friends know about Josh Widdicombe at Edinburgh Playhouse Theatre.