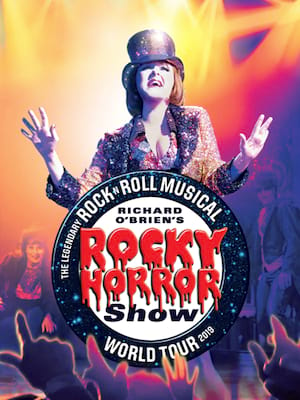 Give yourself over to absolute pleasure!

Gird your loins and grab your fishnets, because The Rocky Horror Picture show is back! With A true cult-classic, The Rocky Horror Picture show is the story of Brad and Janet, two recently engaged college-kids who head off on a road trip to bring the happy news to their former professor. But when they get a flat tire outside of the enigmatic Dr. Frank-N-Furter's gothic castle, it looks this squeaky clean couple are in for a night they'll never forget!

With Joanne Clifton as Janet, James Darch as Brad, Philip Franks as The Narrator, Kristian Lavercome as Riff Raff and the one and only Duncan James as Dr Frank-N-Furter. We see you shiver, with ancti...

It's just a jump to the left

First running all the way back in 1973, Rocky Horror is an affectionate parody of Sci-Fi and horror B movies of the 1950s, featuring hilarious and catchy songs such as the dance-tastic 'Time Warp', 'Sweet Transvestite' and many more. Premiering at the Royal Court Theatre (Upstairs) the origInal London run lasted seven years and spawned numerous worldwide productions and the beloved movie starring Tim Curry, Patricia Quinn, Susan Sarandon and Meatloaf alongside creator Richard O'Brien himself.

12+ Not suitable for younger audience members

Two hours including one 15-minute interval

Seen The Rocky Horror Picture Show? Loved it? Hated it?

Sound good to you? Share this page on social media and let your friends know about The Rocky Horror Picture Show at Edinburgh Playhouse Theatre.