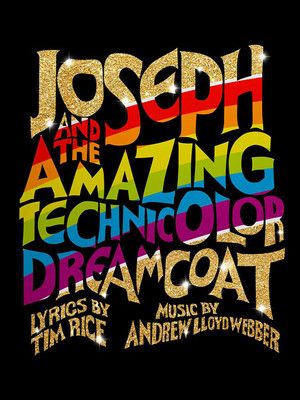 Joseph And The Amazing Technicolour Dreamcoat

Why See Joseph And The Amazing Technicolour Dreamcoat?

Joseph is finally back!

It's back! After two sell-out runs in London's West End, Lloyd Webber and Tim Rice's Amazing Technicolour Dreamcoat is being donned once more for a fantastic jaunt around the country. Having now reached its 50th birthday musical theatre fans will be delighted that Joseph and his extravagant threads are back on stage where they belong once more.

First fashioned as a musical concept album that was performed at Colet Court School, the success of the duo's next venture, Jesus Christ Superstar, saw a revival of interest in the show, with its first West End production following in 1973.

Since then, it has gone on to become an international megahit, a highly sought-after show that sees productions range from glitzy theatrical juggernauts to delightful local concerts, all capturing the magic of ALW and Tim Rice's exuberant music and storytelling.

With songs ranging from hopeful ballads (Any Dream Will Do) to vaudeville and rock'n'roll infused confections (King of My Heart and Benjamin Calypso among many others), Joseph tells the story as written in Genesis, of the youngest brother of 12 and the extraordinary journey he is sent on when his siblings set out to kill him for being his father's favourite. From attempted murder victim to pet of the Pharaoh of Egypt, Joseph soars with his singular talent of being able to interpret dreams and predict the future. But don't let all that murder stuff put you off, this is a joyful show brimming with heart, hope and a lot of showbiz pizazz!

So, if you're looking to join the party and celebrate over half a century of this musical theatre classic, this is one event you won't want to miss as it pitches up at the Palladium for another go!

Absolutely loved every minute of it!! Was great to see Jason Donovan back... more

Sound good to you? Share this page on social media and let your friends know about Joseph And The Amazing Technicolour Dreamcoat at Edinburgh Playhouse Theatre.